Take a look at our latest case studies.

Tablets are the most widely used solid dosage form and minitabs are gaining in popularity for paedriatics populations. The small size provides additional manufacturing challenges. Compaction science can be used to give formulation development.

Ask Us About This

Tablets are the most widely used solid dosage form but this does not stop them having limitations, such as a difficulty to swallow for certain people.

Mini tablets are tablets with a significantly smaller diameter than normal, 1-4 mm diameter. This allows for higher patient acceptability, particularly among the paediatric and elderly due to improved swallowing.

They can be manufactured relatively easily, as the process is the same as making conventional tablets using a tablet press. Their surface area to volume ratio offers means the drug can be released more effectively, as they pass through the stomach at a more even rate.  There are, however, unique challenges occurring from their small size. 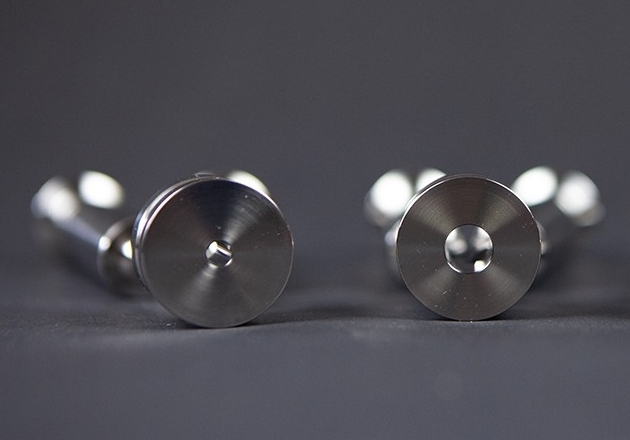 A client wanted to investigate whether their current IR formulation would be suitable for use for paediatrics by switching to mini tablets.  Would the current formulation that was optimal for a conventional sized tablet work with 2 mm diameter tooling.

Tablets of the formulation were assessed over a range of forces( 0.2-4.5 kN).  Punches of this diameter are fragile and higher forces are not possible.

Tabletability, compressibility and ejection force plots were determined.  The formulation blend proved very successful when Tabletability was plotted and the formulation was considered low risk from a tensile strength perspective.  However, we discovered that the ejection forces were higher than desirable, and risk causing damage to the tablet on ejection.

Due to the shape of the minitablet, the tablet height is greater than the diameter meaning there is a higher surface area of contact for friction with the die wall on ejection.  The formulation was found to possess some of target qualities required for minitablets, so a full reformulation would not be necessary.  However, the formulation could be improved by lubricant optimisation.