Evaluating the true density of a powder allows the calculation of relative densities. 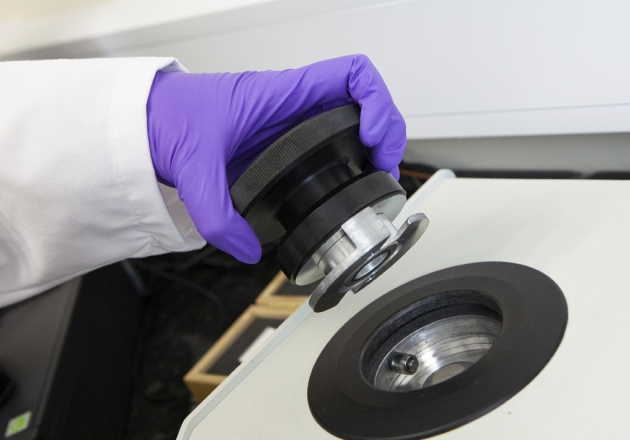 What is True Density?

True Density is usually measured using gas pycnometry. We understand that this technique is the most reliable to obtain true, absolute, skeletal and apparent density, and is most commonly used in the pharmaceutical industry. Evaluating the density of a powder is important as this property affects the performance and function of the pharmaceutical ingredients.

To investigate the true density of powders, we carry out helium pycnometry testing on our AccuPyc II 1340 pycnometer [Micromeritics, UK]. We have 1 cm3; 3.5 cm3 and 10 cm3 cells available to handle a range of different material types. 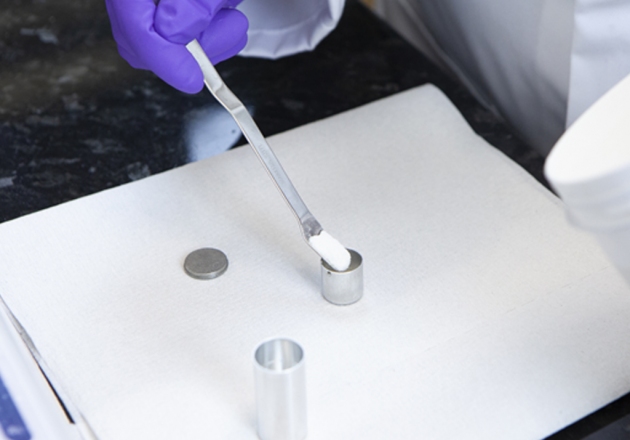 Using a helium pycnometer, we simply seal a sample of known weight into the compartment, which is maintained at a constant temperature. Helium is then added into the system. The pressures in the sample compartment in the helium pycnometer equilibrate. As helium is a small molecule, it is able to penetrate into sample pores. This equilibrated pressure is used with the gas law to allow the volume of the sample to be calculated. The pressure is then released from the system and the sample is removed.

Do you require further tests on your materials to test the compatibility and tabletability of your material? Often customers who use our true density services, also enquire about compression science, API characterisation and manufacturing prediction.